When Missing Maps started, it was impossible to imagine what it would ultimately become. The goal was to simply make more open map data available before disasters and to help the Humanitarian OpenStreetMap Team build more local mapping communities.

Early on we realized we needed better ways to quantify and track the impact of Missing Maps to OSM. Nearly 4 years later, we are making great progress on both of those fronts. Our efforts eventually produced the Missing Maps leaderboards, which sought to track individual users and teams.

The Missing Maps leaderboard technology is a streaming, real-time look at who is supporting our work. Initially funded by the Cisco Foundation, the leaderboards became a major way to engage and reward mappers. We were blown away when 4,000 mappers helped out on Missing Maps projects during the first year. Four years later, 52,000 mappers contributed to 1,200 mapping Missing Maps projects, the vast majority of those mappers were making their very first edits to OSM. In 2017, 10% of all new OSM mappers made their first edits in support of Missing Maps. The scale of tracking all these new users created problems for our system.

Thanks to a generous grant from Microsoft Philanthropies, Pacific Atlas migrated the stack to Microsoft Azure, completed a full analysis backfill, and rewrote large chunks to enable things to scale better in the future without dropping edits. As always, all the code is open, including the leaderboard code and the osm-stats infrastructure. We are always looking for help to create new badges or suggest new ideas. 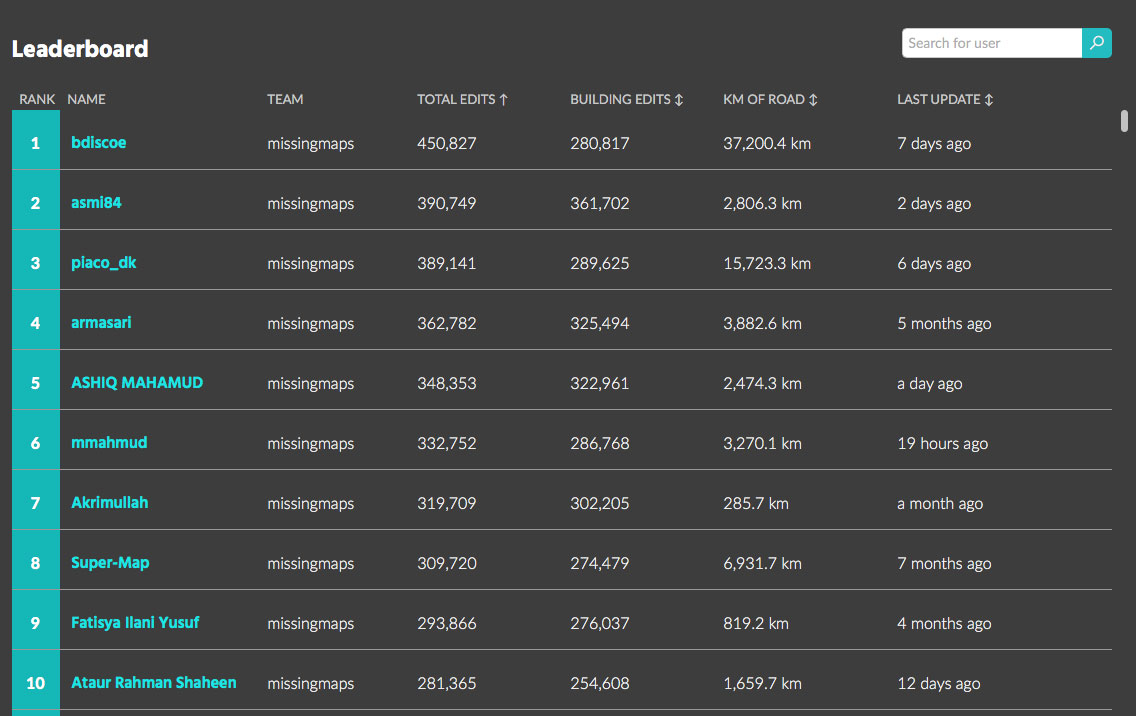